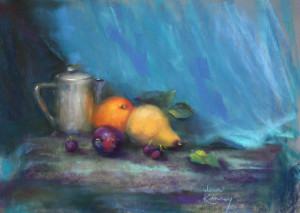 Jean has been painting since 2005 following a career in public education and many years as an award winning porcelain doll artist.

She has been in numerous juried shows and in 2013 won First Place in the Graphics Category at the Nature Coast Citrus Art Show in Hernando, Florida and Best of Show at the Winter 2013 Show of the Pastel Society of Central Florida. January of 2014 Jean won Best of Show at the Citrus Art Center Exhibit for her pastel painting of “Clarence.”

Jean lives with her husband in Lynden, Washington.

Jean holds an MA from Western Washington University and an Ed.S degree from UC-Denver.